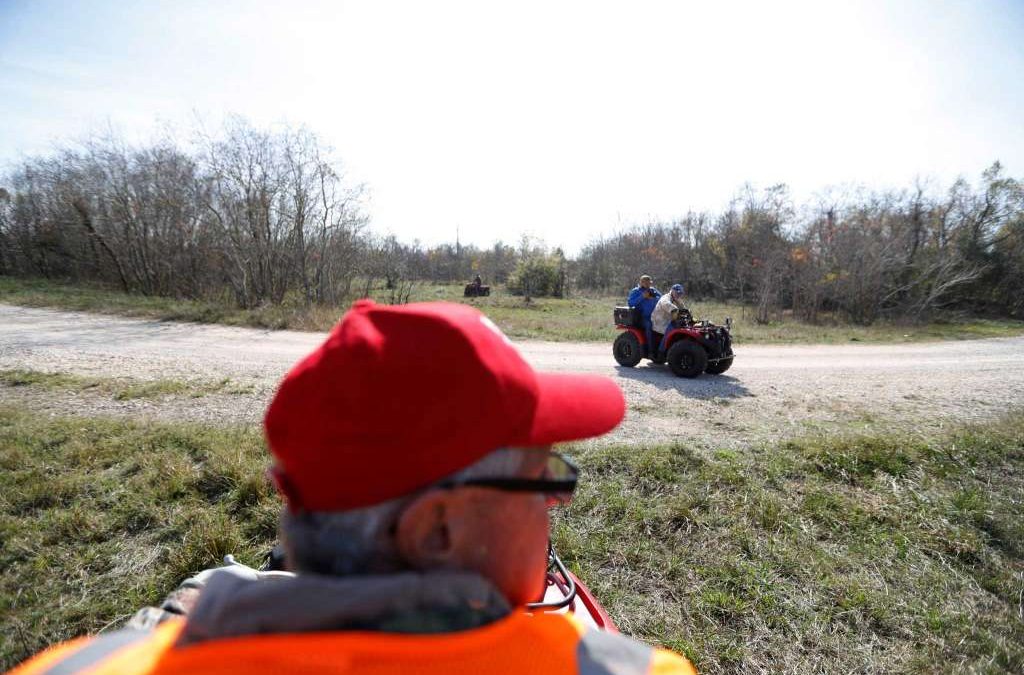 The two-week-long search for a missing League City mother is continuing against the backdrop of a volatile relationship the 30-year-old waitress had with her ex-husband, according to court documents.

Anne-Christine Johnson’s erstwhile spouse, Shaun Hardy, is not considered a suspect in her disappearance, but records reviewed by The Chronicle show their relationship was troubled and possibly violent which could impact how search crews hunt for her.<!-more->

According to Johnson’s account in court documents of a June 2015 blow-out, Hardy choked her, pistol-whipped her and tried to drug her.

“Shaun Philip Hardy’s violent behavior against me has gotten so bad that he has assaulted me with a shotgun, threatened me with a knife, and choked me,” Johnson alleged in a request for a protective order filed after the incident.

“I am afraid that without this protective order, Shaun Philip Hardy will continue to hurt me or even kill me in the future.”

But before Johnson entered her filings with the Galveston court, her ex-husband also filed for a protective order contending that Johnson had “engaged in conduct that constitutes family violence” and was “reasonably likely to harass, annoy, alarm, abuse, torment, or embarrass” him.

The court granted both requests but canceled them before the end of the next month.

Johnson vanished on Dec. 8, when she left her ex-husband’s League City house in a car with another man, Hardy told police.

Johnson was officially reported missing the next Monday and EquuSearch crews have been hunting for her ever since, working through the recent cold blast to scour the area where she was last seen.

At the time of her disappearance, a year-old GoFundMe featured a picture of the mother of two bruised and battered – ostensibly the damage done during the alleged domestic dispute in June 2015.

‘SMALL SHREDS OF HOPE:’ Missing woman had called in sick to work

Posted by the League City woman’s mother, Stephanie Johnson, 58, the campaign sought to raise money for a legal fund to prosecute Hardy.

The crowdfunding effort only raised $790 and Johnson’s mother deleted the page after her daughter’s disappearance.

By Johnson’s account of the 2015 incident, she and a friend were at Hardy’s house and planning on spending the night until Hardy “became very agitated” that Johnson’s friend was there.

The friend left, at Johnson’s suggestion. But then, according to the missing woman’s affidavit, her ex-husband grew violent.

“Shaun Philip Hardy shoved me to the ground, got a shotgun, loaded it, and began pointing the gun at me,” Johnson alleged.

She claimed her ex hit her with the gun barrel and choked her and then went to the kitchen and began cutting himself with a hunting knife.

When she went to her son’s bedroom to say goodbye, Hardy allegedly began stabbing the mattress.

The struggle moved outside the bedroom, where Johnson alleges Hardy squirted a syringe full of Ambien, Klonopin and muscle relaxers into her mouth and said he’d slit her wrists so it looked like suicide.

The young woman ran outside for help and found a stranger to take her to the hospital.

At Clear Lake Regional Medical Center, she told staff she didn’t want to call police because “her husband knows everyone in the police force, and if he found out (she) told anyone he would kill (her),” hospital records note.

Hardy’s earlier protective order does not appear to outline his version of events, but alleges that Johnson left him “in fear of imminent physical harm, bodily injury, assault, or sexual assault.” A judge agreed that Johnson posed a “clear and present danger of family violence.”

Hardy did not return a request for comment on Wednesday.

District court records don’t show any charges stemming from the incident, but League City police spokesman Kelly Williamson said the case may have been turned over to another agency.

The couple’s only other courtroom face-off was a divorce Hardy initiated in October 2014. Finalized the following April, the legal split left Hardy with primary custody of the couple’s autistic son. Johnson won visitation at least two hours a week, court documents show.

Johnson’s other child – an 8-year-old boy – lives with his father, who could not be reached for comment.

Police said Tuesday that Hardy is not considered a suspect in his ex-wife’s disappearance.

“We spoke with him twice, once by phone and once in person in an interview setting,” Williamson said Tuesday.

“As of right now we cannot eliminate him as a person of interest but there are several other people we are not completely through speaking with.”

On Wednesday, Williamson said police had requested a third interview with Hardy, who declined through his lawyer.

But whether or not her ex is a suspect, Johnson’s domestic violence history could impact the way her search plays out.

“With a past domestic violence charge on a person you cannot automatically assume that person has what it takes to kill another human being, but to put it simply, domestic violence is historically an offense that has a high rate of escalation,” Williamson said.

In such cases, Miller said, crews usually search areas where an abuser may have hunted or fished.

“We try to figure out all the areas that a person is comfortable with,” he said.

And because many women’s shelters won’t release names of their residents, EquuSearch volunteers distribute fliers in places where an abuse victim might go for safety.

In the hunt for Johnson, crews have covered everything in a 3-mile radius of where the missing woman was last spotted.

“We just keep spreading out further and further,” Miller said. After using ATVs and drones, crews are considering whether to use a boat to help with the hunt

“We’re 14 days today and the outlook is not good. My biggest fear is that we don’t have an ending and she’s not found.”