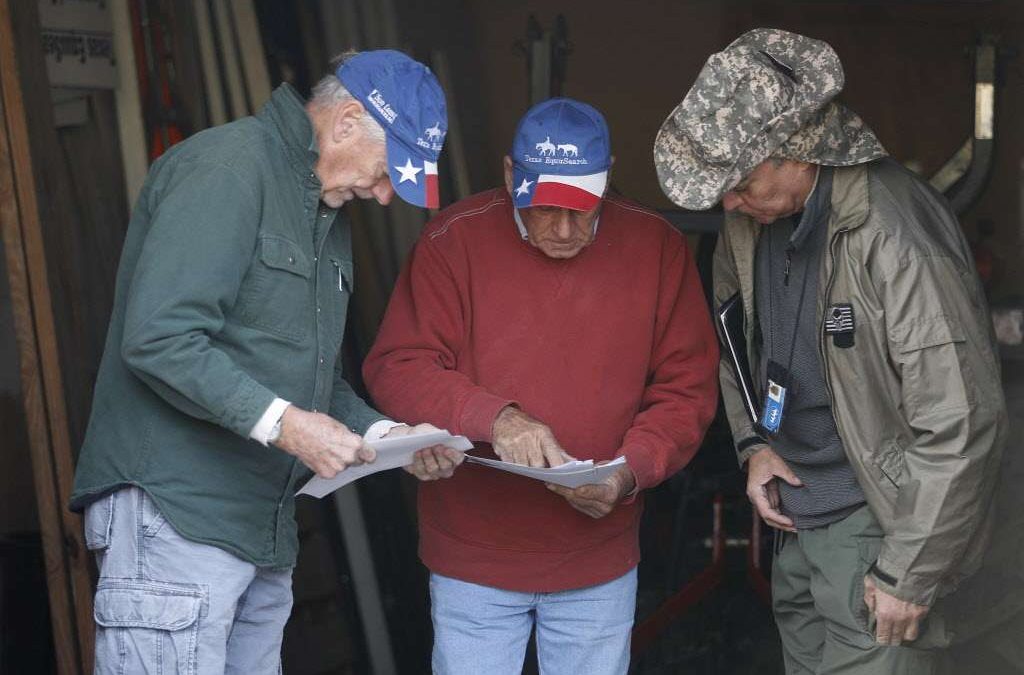 GALVESTON – Police showed up at Shaun Hardy’s house in League City last week expecting to confiscate his cell phones. Instead, they found the body of his ex-wife moldering in his garage, according to search warrant affidavits made public Wednesday. The newly released court documents show that League City investigators had zeroed in on Hardy, 32, in their search for 30-year-old Anne-Christine Johnson. but lacked clear evidence linking him to her disappearance.

Two weeks of searches by volunteers from Texas Equusearch of an eight-square-mile area near Hardy’s house had failed to uncover a shred of evidence since Johnson’s Dec. 8 disappearance, but police interviews with family and friends led them increasingly to focus on Hardy.

After exhausting all other avenues, police began to focus on Johnson’s and Hardy’s cell-phone records and eventually the cell phones themselves. Hardy admitted the killing after breaking down in sobs when police arrived Friday to search his Galveston County home, according to court documents.

The records revealed the following:

Johnson’s father, Lee Johnson, reported his daughter missing four days after her disappearance. Father and daughter had agreed through text messages to meet for dinner Dec. 9; she disappeared the day before.

The texts to her father showed Johnson was living with Hardy, who had custody of their 5-year-old autistic son, Roland, following their 2014 divorce. An 8-year-old son by a previous marriage lived with that child’s father.

A surveillance video of the street outside Hardy’s house showed no white sedan. “Lee and family also found this suspicious due to knowledge that Shaun was a very jealous individual that did not like Anne hanging out with other men, so he reported Anne as missing,” according to an affidavit.

Hardy also denied to police that Anne-Christine Johnson lived with him, but Katy Cox, a friend of Hardy’s, told police she had seen his former wife bringing groceries to the residence, walking in an out and appearing to live there.

Friends and family told police that Anne-Christine Johnson would never abandon her son. The family was convinced that Hardy was responsible for the disappearance because she had accused Hardy of beating and threatening her previously, according to court documents and statements to friends. In 2015, both filed requests for restraining orders, each accusing the other of abuse.

Anne-Christine Johnson accused Hardy of pointing a loaded shotgun at her, striking her with the muzzle, knocking her head against the wall, then choking her on the floor, the affidavit said. Photos that Anne-Christine Johnson sent to a friend, Lara Garcia, on June 16, 2016, show extensive bruising around her throat, shoulders, arms, upper chest and face.

Another friend, Janel Lemm, told police that she had seen Hardy strike Johnson in anger when they were married. Bradly Singeltary, a former coworker of Hardy’s, told police that Hardy had confessed to him that “he had scared himself by going into such a rage that he had really choked Anne.” According to the affidavit, Hardy told Singeltary that he did not realize he was capable of strangling his former wife.

Investigators also learned that Anne-Christine Johnson had two uncollected paychecks waiting for her at the Legend Sports Bar, where she worked as a waitress. They found that odd because they had learned she was desperately in need of money. She also had failed to return a phone call offering her a job.

Police conducted a consent search of Hardy’s house with his lawyer in attendance soon after the disappearance was reported, but found nothing. Shortly afterwards, Hardy, through his attorney, refused a request for an interview.

Investigators turned to cell-phone data for clues. A search warrant for data from Sprint enabled them to determine that Anne-Christine Johnson’s cell phone was last detected southeast of Hardy’s house shortly after 9 p.m. on Dec. 8, “contradicting Shaun’s statement that she had left the premises and he had not seen her since the afternoon of 8th of December 2016.”

Police initially suspected that Hardy had hidden the body somewhere nearby. Additional cell-phone coordinates showed her phone was northwest of Hardy’s house about 5 p.m. that same day. “All of the coordinates are within two miles of the suspect residence, and are in areas conducive to hiding objects due to heavy natural brush,” the affidavit said.

Two new boards on Hardy’s back fence also attracted police attention. “The replaced boards are in a position consistent with if fence panels had been removed to facilitate moving an object through the fence,” the affidavit said.

Phone call records showed that the last communication from Anne-Christine Johnson’s cell phone was a text to her former husband and that the last known location of her phone was in a field about 3/4 mile from Hardy’s house. The area had never before been searched by Texas EquuSearch, said League City police spokesman Kelly Williamson.

Assisted by Texas EquuSearch, police for the first time conducted their own search Dec. 29 of 20 acres of brush and woods even as they prepared a search warrant allowing them to confiscate Hardy’s cell phone. They wanted to know his location when the last text was sent from his former wife’s cell phone and his location at 9 p.m. Dec. 8 when data show her cell phone was in a large field.

The warrant, served Friday, “Did not give us carte blanche to go snooping anywhere we wanted,” Williamson said. Neither did they have to ignore the stench wafting from the garage. “We had seasoned investigators,” Williamson said. “First he smelled an odor he knew was consistent with deteriorating remains, human or otherwise.”

Inside the garage they found a long, plastic package surrounded by scent candles. The discovery allowed them to get a search warrant that went beyond the cell phones. “That’s when they knew they were 100 percent dealing with human remains,” Williamson said.

Hardy is being held in the Galveston County Jail under a $1 million bond on charges of murder and tampering with evidence.

Man kills girlfriend by striking her with his truck after an argument in Santa Fe, officials say

Deputies said a person called 911 around 3 a.m. to report that they witnessed the couple in an argument before the woman was hit by the truck.
View on Facebook
· Share