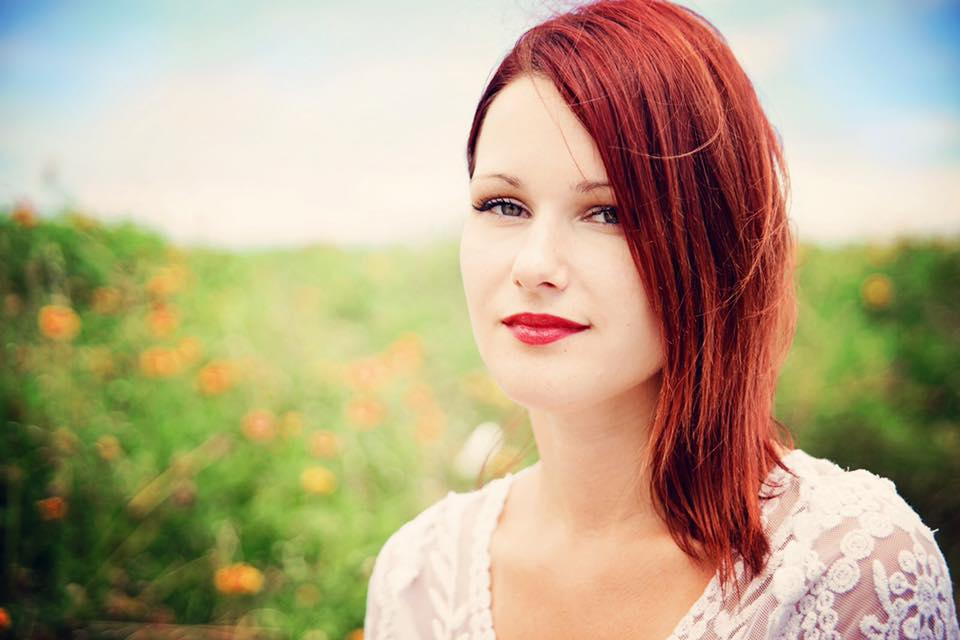 Anne-Christine Johnson was 30 when she was murdered by her ex-husband in League City, Texas. She was known for her kindness, her creativity, and her wit. Photo by Christy Bankston.
by Olivia Gentile, THE GRANDPARENT EFFECT: STORIES FROM A QUIET REVOLUTION

For three years, Shaun Hardy of League City, Texas vigorously contested the charges that he stabbed and suffocated his ex-wife, Anne-Christine Johnson, then left her body to rot in his garage. But on Monday, in a courtroom packed with Johnson’s family and friends, Hardy admitted his guilt in return for a lighter sentence than he may have received at trial.

“Are you pleading guilty because you are, in fact, guilty?” Judge Patricia Grady asked Hardy, 35, as he stood before her in a green jumpsuit and handcuffs.

Accepting the terms of a plea deal that Hardy struck last week with Galveston County prosecutors, Grady sentenced him to 30 years in prison on the murder charge and 20 on the tampering charge. The sentences will run concurrently, and Hardy will be eligible for parole in about 14 years.

The case had been scheduled for a jury trial in early December. Had the trial proceeded, Hardy could have been sentenced to a maximum of 99 years for murder and 20 years for tampering. On the other hand, the jury could have downgraded the murder charge to manslaughter or criminally negligent homicide — or acquitted him altogether.

“Anne-Christine frequently used to express to me that she feared you’d get away with it if you ever killed her,” Molly Elliott, Johnson’s sister, told Hardy after Grady invited the victim’s family to speak. “Well, you didn’t get away with it, and you are paying for what you did. Thirty years is not enough for what you did, but I know Anne-Christine can rest easy now.”

Johnson’s mother also addressed Hardy, vowing to help other women who are “trying so desperately to escape people like you.”

Three years after her daughter’s death, Stephanie Johnson can barely utter her name, she said, and picturing her last moments is torture.

“For years I’ve perversely wondered how Anne-Christine’s face looked before you hooded her with a plastic grocery bag from Kroger’s while she gurgled her last breaths. When did the light of life extinguish in her eyes? When did she realize that this time there would be no escaping your insane wrath?”

Hardy and Johnson met in 2010 at Christian’s Tailgate in Houston, where she was a waitress. After a whirlwind courtship, Johnson moved to Hardy’s place in League City, where his father, Barry Hardy, and uncle, Dale Hardy, are prominent businessmen. The couple’s son, Roland, was born in 2011.

By the time Hardy and Johnson married in 2012, he was already isolating, insulting, and shoving her, according to her family and friends. She considered fleeing with Roland, but she worried that Hardy, who worked for the city and had friends on the police force, would have her arrested.

When the couple divorced in 2015, Hardy hired a sitting judge to represent him, while Johnson had no lawyer at all. Hardy was awarded custody of Roland; Johnson was granted only two hours a week with him.

Unwilling to abandon her son, Johnson moved back in with Hardy just weeks after the divorce, whereupon his abuse escalated dramatically. On the night of June 15, 2015, Hardy beat, pistol-whipped, and strangled Johnson while Roland slept just a few feet away, according to an application for a protective order that she later filed. She fled to the hospital and reported him to police, who could have arrested him for a felony punishable by ten years in prison but instead arrested him for nothing at all. And though Child Protective Services investigated the incident, it ruled that Roland should remain in Hardy’s care.

Read the entire article at THE GRANDPARENT EFFECT: STORIES FROM A QUIET REVOLUTION by Olivia Gentile on her website.